Continuous casting was originally developed in Europe after World War II as an alternative method of producing cast iron bar stock without patterns and conventional molding methods. A water-cooled graphite die which is mounted onto a holding crucible, is machined to form the shape of the bar. As the bar is pulled horizontally from the crucible, the ferrostatic head pressure feeds the molten iron core, producing a fine-grained cast iron. The core is still molten iron while the out skin goes to solid when it exits the die. The entire bar cools in air until it is notched and broken off in standard lengths. The rim has a finer graphite structure in a matrix which is more ferritic than that in the center. The most notable characteristic of continuous cast iron is its fine-grained, dense, as-cast microstructure. Since the bar is pulled from the bottom of the holding crucible, dross, slag and other impurities float to the top, away from the opening of the die. 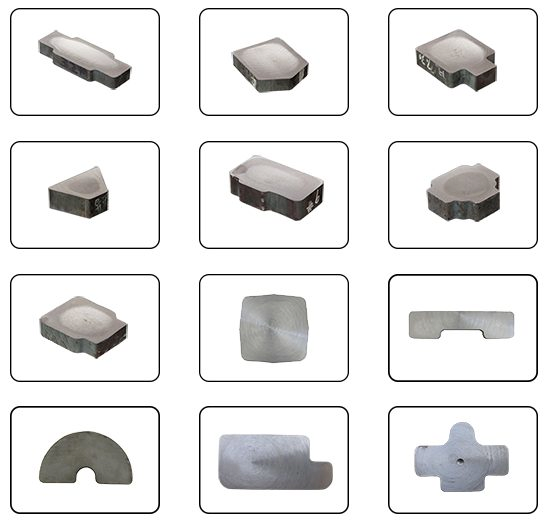